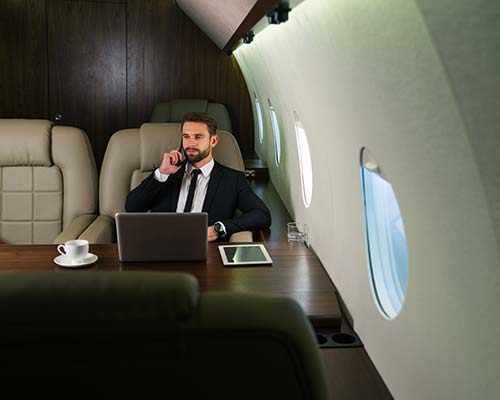 Jack Prewitt’s love of aviation began as a young boy. As a young man he joined the Air Force and trained as an avionics technician. His career in aviation happened quite by accident in 1956 when he stopped by Dallas Aero to visit a cousin who worked there. Jack easily solved an ADF problem that had the technicians stumped. He took a cut in pay, but Jack was excited to be back in aviation. A short time later he was running the radio shop.

In 1961, Jack was one of three employees for a new division of Qualitron Aero at Meacham Field in Fort Worth, Texas. The company soon grew to over 400 employees doing major modifications to government and corporate aircraft. A high point during his tenure was the completion of Air Force One for Presidents Johnson and Nixon. When Jack left Qualitron he was Senior Vice President.

In 1973, Jack’s focus shifted to aircraft sales when he went to work for Associated Air Center at Dallas Love Field. It was during this time that Jack realized how his personal qualities were perfectly aligned with aircraft sales and acquisitions.

Jack Prewitt & Associates provides up to date insight into the aviation marketplace. This knowledge enables us to represent the interests of our clients in a highly effective manner.